Go fishing. Go for a float trip. Drink a big glass of water.

Enjoy America’s water now, because a bi-partisan bill quickly making it’s way through congress will cut big holes in the safety net that protects our water, said the Environmental Protection Agency. But lawmakers said the reduction in restrictions fosters the growth of industry and increases states’ autonomy.

It recently passed the House [note: Blaine Luetkemeyer, who represents Missouri’s 9th Congressional District — including Columbia — voted among the “yeas”] and will be moving on to the Senate. The Act limits the Environmental Protection Agency’s ability to enforce national water quality standards. The bill passed through mark-up by the House Transportation and Infrastructure Committee on Wednesday with only minor addendums.

According to the House of Representative’s Transportation and Infrastructure Committee’s website:

H.R. 2018 provides common sense protections for states’ EPA-approved water quality standards and permitting authority under the CWA [Clean Water Act]. Without these protections, state regulation, as approved by EPA, can still be usurped by the agency at every turn, creating a climate for regulatory uncertainty and endless delays.

And more from Bloomberg news.

The Old Southwest has a wild side. Mafia rackets, late-night fights — it’s right under our noses, but you might not know it without a guide. Dylan … Read More 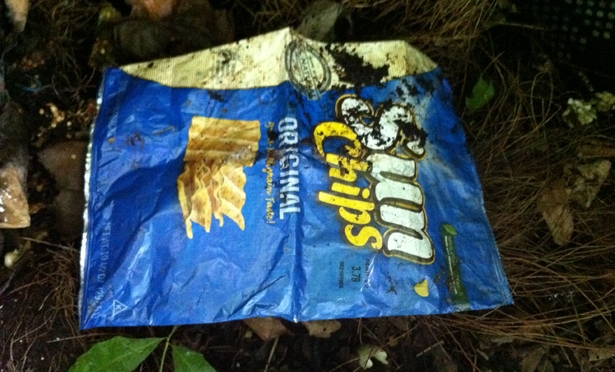 The answer, unfortunately, is complicated. Bioplastic’s central attraction is that it is derived from a renewable resource, not that it’s necessarily any easier to breakdown. So answering whether you can recycle the material all depends on what you mean by “recycle,” or how long you think recycling will take. Earth911.com just ran an ultra-helpful guide to bioplastic recycling. Here’s the gist, and for more background, visit the links at the end of the article.

Can you throw it in with other plastic and recycling and expect it to get recirculated?  Probably not, at least, not in Columbia. Our city recycling facility can only manage #1 (polyethylene terephthalate) and #2 (high density polyethelyne) plastics. Anything else would contaminate it. But wait! Don’t throw that cup out; there are other options.

Can you compost bioplastic? Again, it’s complicated. Since bioplastics are derived from biological matter, technically it will decompose. However, many “compostable” materials will only break down in a commercial facility. Unfortunately, people may interpret the label as “throw this out the window on the highway and it will become soil.” You’ll definitely need to do more than throw packaging on the ground and expect it to disintegrate.

This list of summer sustainability recommendations comes from Dr. LuAnne Roth, who serves as the education coordinator for Mizzou Advantage, which has sustainability initiatives including one called “Food for the Future.”  She says she has been gathering book recommendations in hopes of someday having a Mizzou Advantage component of Mizzou Reads. Of course, it’s not too early to start in on some of these food and community-centered titles.

On Tuesday, July 12 at 7:00 p.m. US Geological Survey biologist Emily Pherigo will take a look beneath the muddy water of the Missouri River at the discoveries that have been made about the life cycle, migration and spawning of the pallid sturgeon. The FREE presentation will be held in the lower level of the beautiful Les Bourgeois Bistro in Rocheport, MO, overlooking the Overton Bottom Unit of the Big Muddy National Fish & Wildlife Refuge.

END_OF_DOCUMENT_TOKEN_TO_BE_REPLACED

It’s summer. It’s hot. But that doesn’t mean you can’t be a fly babe or a bro at the campsite. Heck, this woman did it while tackling the Katy Trail Ride! Check out her sweet Cribs-style furnishings along Katy Trail State Park.

“It is the convergence of the want for access to fresh, flavorful food, people with the skill set to produce for their neighborhoods, a response to crisis situations, like in Detroit and Cleveland, and the permeated culture of locally grown food,” [Mary] Hendrickson said. “We’re not in a crisis situation, but we have some of the same things in Columbia.”

The Planning and Zoning Commission requested that City Council authorize an amendment that would legalize the sale of produce grown on-site from properties in office zoning.

Pope Francis has spoken publicly about the importance of recognizing Climate Change. http://www.planetexperts.com/pope-francis-issue-global-edict-climate-change/

Error: Twitter did not respond. Please wait a few minutes and refresh this page.